Michigan born Michelle Billingsley has lived many lives and dreamed of becoming amongst other things an actor, an organic chemist, a veterinarian, a ‘mime’ and now a fully fledged songstress. We talk about how Michelle started in the music business with first moving to Chicago and performing with the Chicago Cabaret Professionals who put on cabaret shows in piano bars. After doing that for a couple of years, Michelle decided to try something new by learning how to play guitar and then drifting into folk music with the band ‘Eleven Dollar Supper‘ which lead to country music.

Michelle saw a sign…..a sign above a bus stop which said ‘We teach Guitar!’

Matt Brown offered to produce Michelle’s album and with his help, the studio was booked, all the other musicians who played on the song were drafted in and made the whole experience of recording an album so easy. Right now Michelle is recording her second album by herself and has come to realise how much work Matt had put in with the first album. The pandemic didn’t stop Michelle from releasing her album ‘Not The Marrying Kind‘ in June 2020. By that time she had been living with those songs for what seemed like an eternity and wanted them to come out into the world!

‘Not The Marrying Kind‘ is the first line of the first song and provides a unique insight into Michelle’s musical life. One of the album’s highlights is the song ‘Drink Til I’m Pretty‘ and is full of these characters which weaves an intricate dark story that makes you feel for these characters. The whole album is a magnificent testament to Michelle’s song writing, lyrics and voice.

For the future Michelle will be booking shows in Chicago and beyond in the fall. For now click below to hear the podcast from CloudwatcherUno featuring Michelle Billingsley. Also streaming on Apple Podcasts, Spotify, Google Podcasts, Podcast Addict or wherever you listen to your podcasts.

The Spellemann (Norwegian Grammy) award winning Sweetheart have just released a new self titled album ‘Sweetheart’ released by the label Mother Likes It Records It’s a phenomenal achievement for this band and one that places them on the music map. Sweetheart are John-Arne Gundersen and Anne Mette Hårdnes and hail from Norway. In 2003/4 Sweetheart was a three piece collective and then more of a country rock band. After a 14 year absence in 2018 the band was reformed into a more melancholic sounding band that currently tugs at your heart strings that carries you along into a different universe full of longing and memories of what could have been.

The new self titled album ‘Sweetheart’ explores the sense of missing something or someone. The songs feel like poems brought to life by the intense ghostly vocals that lay open the human condition.

We get to hear the acoustic version of ‘Leaving for Stockholm’ which describes the true life experience of what it feels like when someone you love leaves to travel away from the family home. We also hear the acoustic track ‘Can We Make It Out Of Here Alive’ a song that could be an anthem for 2020. There’s also a favorite of mine ‘The Pines By The River’ that opens the podcast.

Being a musician was always a childhood dream for Anne Mette and one that she always wanted to follow through into adulthood. Meeting John-Arne has focused her energies with his in producing an album that channels her beautiful voice to full effect. The turning point for John-Arne was listening to the album ‘Heartbreaker’ from Ryan Adams.

Click down below to hear the podcast from CloudwatcherUno featuring Sweetheart. Also streaming on Apple Podcasts, Spotify, Google Podcasts, Podcast Addict and many other platforms.

Isabella (Isi) and Lewis. Johnny and June. Sonny and Cher. The world of music is full of couples who make beautiful music together. Two Ways Home are the latest in a long line of singer songwriters who came together because of their shared passion for music and then from equal parts combined to become one of the leading UK folk rock country duo’s.

In this podcast we talk about how they first met, their love for playing and singing music from a young age and how they developed their skills with piano, mandolin and guitar. Taking these skills they have travelled far and wide and produced a sound that captures classic country harmonies with a folk rock twist.

We get to hear exclusive recordings of ‘Broken Hearts Club’ and ‘Break The Silence’ from their album ‘Break The Silence’ released in February 2020. We also hear about how they collaborate with other singer songwriters in Nashville and closer to home to produce such memorable songs as ‘Push and Pull’.

Two Ways Home also host a London based writers round called ‘The Round Up’ a way of getting together independent artists and bands to perform in their very own Nashville inspired round where artists can talk about the inspiration behind their songs.

In these pandemic times life is not without it’s difficulties for musicians but Two Ways Home have found ways around the obstacles ahead of them. They regularly host their virtual Tuesday Coffee Mornings and Saturday Afternoon ‘Beer Time’ shows. Lewis has also started a new venture with two other musicians ‘Remote Sound Production’ to offer production facilities for artists who don’t have the facilities to produce their songs by themselves.

Click down below to hear the podcast from CloudwatcherUno featuring Two Ways Home. Also available on Apple podcasts, Spotify, Google Podcasts and many other platforms.

Ned Roberts lives and breathes music especially folk music, he’s a phenomenal lyricist and his music makes you transcend this world and travel into a world of acoustic harmonies layered with warmth and soul.

In this podcast Ned and I talk about how he crafts his songs, what inspires him to make to create the music he plays, launching an album in these pandemic times and how he is inspired from the great folk artists of the 60’s and 70’s to produce music that is uniquely his.

One of the key influences in Ned’s journey in music has to be friend and producer Luther Russell who brought Ned over to Los Angeles to record his first two albums. Having that support was instrumental in shaping Ned’s music. Bob Dylan has also had a major impact in shaping Ned’s music and its important to recognise how on a cellular level we absorb the way certain artists and albums have lived their music and their lives through the songs they have brought to life.

We talk about what makes a song special and how it can resonate with audiences. And his love for performing live and the strange world that artists find themselves in by performing to a virtual audience. Ned’s first livestream is happening on 2nd July 2020 on Facebook at 8.30pm GMT

Click down below to hear the podcast from CloudwatcherUno featuring Ned Roberts. Also available on Apple podcasts, Spotify, Google Podcasts and many other platforms. 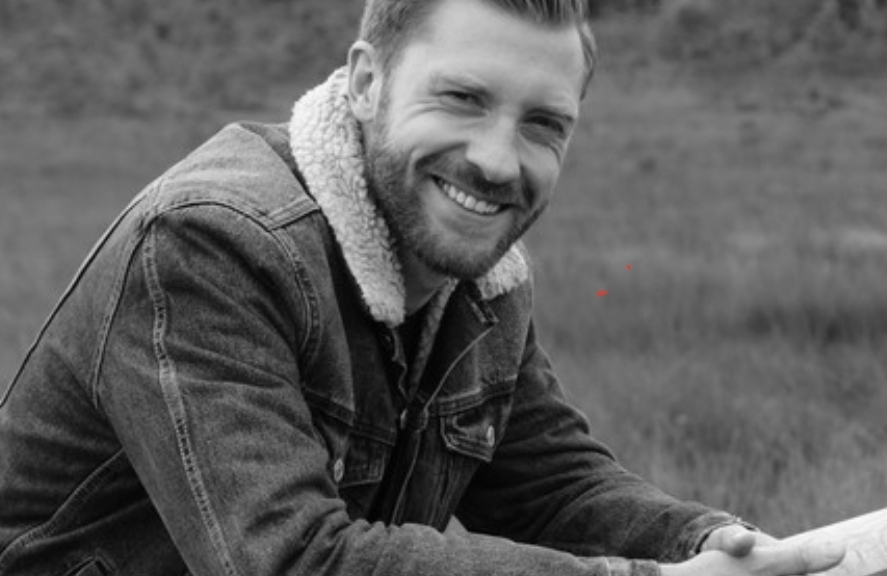 I first saw Scott Nicholls play live last year at Camden Chapel. I was blown away with his performance and thought who is this artist? I need to know more. So I’ve been following his adventures through social media and his growing following as an artist. In 2020 he’s released ‘On Fire’, ‘Wild World’, ‘Cinderella’ and his latest single ‘Humble and Kind’ his version of the Lori McKenna classic.

In this podcast we talk about doing livestreams for a virtual audience and how much it means for an artist to feel the buzz and energy from being on stage and performing. Scott performs his next single to be released ‘More Than Love Is Me’ and ‘Humble and Kind’.

We talk about how love influences his songs and the way that you can’t produce music without it. We then talk about his experience of being a travelling musician on tour with Deanna Wheeler and her band with New Akansans.

We also talk about our love of vinyl and how it is such a special medium in capturing the voice and connecting you with an artist and giving you those goosebumps when you hear a song live.

On Saturday 11th July 2020 you can see Scott featured as one of the upcoming acts on Dixie Fields Streamed where he performs his version of Wild World. Check out the video he shot with his producer in Bushey Park, Richmond.

Click down below to hear the podcast from CloudwatcherUno featuring Scott Nicholls. Also available on Apple podcasts, Spotify, Google Podcasts and many other platforms.

CloudwatcherUno presents the first podcast for this blog with Pete Jackson who weaves his magic with words and guitar to produce something special. This will be the first season of podcasts and in this podcast Pete talks about his passion to tell his stories, whether they be of romance or revolution will make you sit up and take notice of this extraordinary musician.

In the conversation that we have we will explore what makes and drives an artist like Pete to make the music that he does and why he continues to strive to release music that matters.

Pete also performs two of his songs live and acoustically ‘With You’ from his album ‘Two Birds’ and his latest release ‘Better Not To’. That first song is what brought Pete’s music onto my radar, I loved the lyrics and have played it on repeat. As Pete says speaking about his songs you’re not sure what songs will connect you with an audience and if listening to an older track brings you to the new music that artist is releasing than thats a great result.

I was over the moon that Pete dedicated this live performance to me during the podcast. His second performance is of ‘Better Not To’ which he dedicates to his friend Phoebe. A word of caution don’t fall in love with your best friend.

Going forward Pete is looking forward on releasing four to five songs throughout the rest of the year rather than an EP or a dedicated album so that the focus can then be on these songs and they can take can live of their own rather than compete against other songs on an album.

For me this first podcast has been exhilarating and the combination of nervous energy and adrenaline of chatting with Pete was so much fun.

I hope you take the time and enjoy the conversation and songs that make Pete Jackson an extraordinary musical storyteller.

Click down below to hear the first podcast from CloudwatcherUno featuring Pete Jackson. Also available on Apple podcasts, Spotify, Google Podcasts and many other platforms.