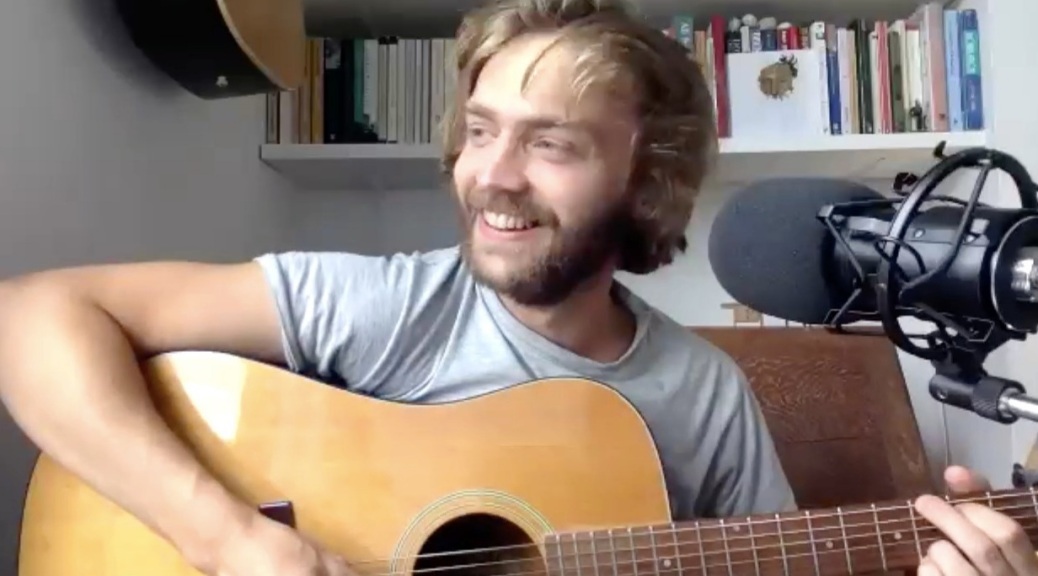 Ned Roberts lives and breathes music especially folk music, he’s a phenomenal lyricist and his music makes you transcend this world and travel into a world of acoustic harmonies layered with warmth and soul.

In this podcast Ned and I talk about how he crafts his songs, what inspires him to make to create the music he plays, launching an album in these pandemic times and how he is inspired from the great folk artists of the 60’s and 70’s to produce music that is uniquely his.

One of the key influences in Ned’s journey in music has to be friend and producer Luther Russell who brought Ned over to Los Angeles to record his first two albums. Having that support was instrumental in shaping Ned’s music. Bob Dylan has also had a major impact in shaping Ned’s music and its important to recognise how on a cellular level we absorb the way certain artists and albums have lived their music and their lives through the songs they have brought to life.

We talk about what makes a song special and how it can resonate with audiences. And his love for performing live and the strange world that artists find themselves in by performing to a virtual audience. Ned’s first livestream is happening on 2nd July 2020 on Facebook at 8.30pm GMT

Click down below to hear the podcast from CloudwatcherUno featuring Ned Roberts. Also available on Apple podcasts, Spotify, Google Podcasts and many other platforms.