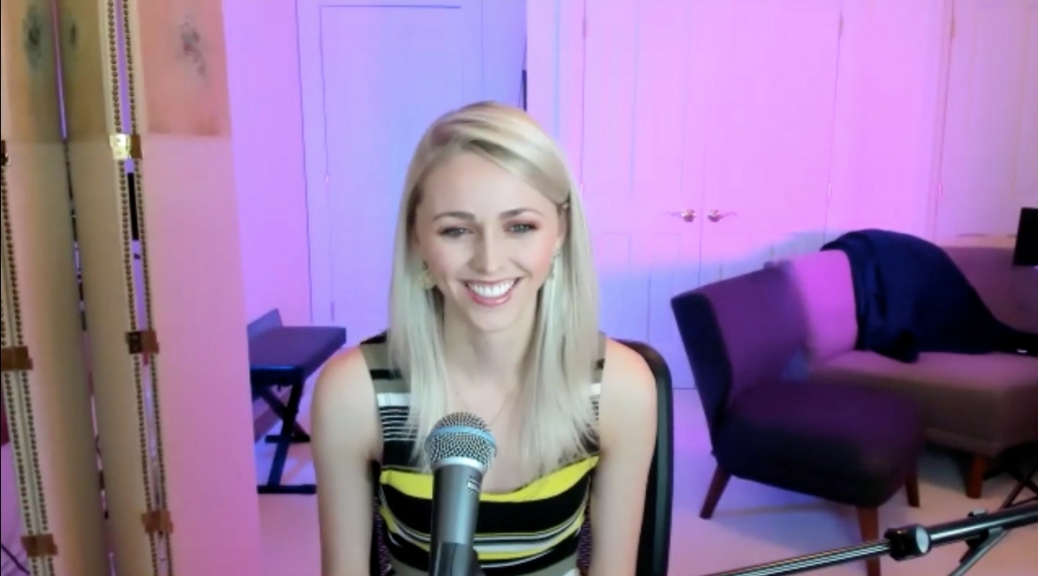 Audriix is a musical whirlwind, an extrordinary combination of raw talent honed to perfection to produce pop music with an edge and hypnotic melodies. Her anthem is her song ‘Stampede’ which has 73,580 plays on Spotify alone. The song comes from her 2019 album release Status Change which was produced in LA.

In this podcast we talk about her journey from the age of three playing it seems every known instrument to mankind and mastering piano, viola, guitar and drums alongside training that stunning voice giving her the foundation to sing those epic choruses. As Audriix says her self when she sings in front of audiences who may not know her music by the end of her songs she will have hooked you in so that you’ll be able to sing along to her songs. Audriix performs two of her songs acoustically in this podcast ‘Stampede’ and ‘Ace of Spades’.

In this podcast we speak about how it’s been nearly a year since we met when Audriix opened for the pop duo sisters Aly & AJ on their European tour. And what an amazing journey she’s been on since then, releasing her album and a whole lot of instrumental and acoustic singles from their notably ‘Red Flag’ and ‘Bandit’.

We talk about her love for musical theatre of the drama and powerful songs from musicals such as ‘Phantom of The Opera’ and ‘Wicked’ through to the Disney films ‘Frozen’ and ‘Frozen 2’ and how the lyrics and songs have inspired her to produce monumental pieces of music to capture audience hearts and minds.

We also talk about the #metoo movement and what you have to do to be taken seriously as a female artist within the industry. And how to inspire the generations that are growing up now and showing them a positive and fiercely independent role model that they can look up to. For all the latest news about Audriix go follow her website Audriix.com

Click down below to hear the podcast from CloudwatcherUno featuring Audriix. Also available on Apple podcasts, Spotify, Google Podcasts and many other platforms.