Victoria Bailey’s album ‘Jesus, Red Wine & Patsy Cline’ combines the three things that she feels most defines her right now in the middle of a pandemic. Her love for her faith, a good glass of wine and classic country music from her heroes Patsy Cline, Emmylou Harris, Loretta Lynn, and Dolly Parton. The album was produced by Jeremy Long (released in 2020 via Rock Ridge Music). It’s a timeless classic honky tonk album that announces Victoria as the newest generation of artists to carry on the legacy of those legends.

In this podcast CloudwatcherUno sits down with With Victoria Bailey and we talk about putting out new music, releasing a full album in the pandemic and concentrating on live performances. Two new songs will be released in the coming months, one is an original ‘Queen of the Rodeo’ (there’s also a video that was filmed for the song as well as meetingfilming the real life Rodeo Queen of California Morgan Laughlin) and another is a Randy Newman cover ‘Rider in The Rain‘.

LA is not known for country music but it was the birthplace of the Bakersfield Sound that included such artists as Merle Haggard, Dwight Yoakum, Buck Owens and Victoria Bailey has captured that sound in her music and her album. Although Victoria Bailey didn’t grow up with country music, her father’s influence came with rock ‘n’ roll and her mother played folk records but fell in love with country music when she visited Nashville for the first time.

We talk about inspiration for the ‘Ramblin’ Man‘, ‘Skid Row‘, why outlaws are so charming, why Springsteen is really the boss and whether teenage Victoria Bailey thinks adult Victoria Bailey is really cool or not? Why her voice is her first instrument followed closely by her guitar, looking at touring in England and playing live music.

Click below to hear the podcast from CloudwatcherUno featuring Victoria Bailey. Also streaming on Apple Podcasts, Spotify, Google Podcasts, Podcast Addict and wherever you listen to your podcasts.

Willi Carlisle is what the world wants, what the world is waiting for, he is the poet of the Ozark Mountains, the lyricist of Arkansas who has graced us with such songs as ‘Cheap Cocaine’, ‘The Cuckoo’ and ‘Stone County’ all of which you can find in this latest podcast with host CloudwatcherUno. If you were in any doubt to the talent of this folk singer then listen to his EP ‘Too Nice to Mean Much‘ and album ‘To Tell You the Truth‘ it will stir joy and happiness in even the most sceptical mind. There is no doubt that Willi is an artist that he belongs alongside the heroes of yesteryear.

‘THE BEST AMERICANA ARTIST YOU’VE NEVER HEARD OF’ ~ THE GUARDIAN

Willi is a musical poet, playwright and songwriter come down from the mountains to bring the music of the heavens to this world. His blend of old time music, banjo plucking, fiddle playing and accordion brings a southern sensibility to tunes that are timeless.

Following in the footsteps of Roscoe Holcomb, Janie Hunter, Ralph Stanley and Glenn Ohrlin. Willi has travelled the country, Canada and the UK to showcase his unique talent. A storyteller at heart he has gathered legion of fans by appearing on the coveted Western AF videos, this video channel has become a focal point for all those listeners who wonder where they can find true folk/country music.

‘THE MAN’S ENERGY IS BLINDSIDING, HIS SONGWRITING IS TERRIFIC, HIS HEART IS BIG ON EVERYONE’ ~ WESTERN AF

In the podcast we learn about Willi’s love for being a Square Dance Caller and an auctioneer and being able to find his voice and express that through his music. We talk about what it means to be singing folk songs at punk venues, protest songs in response to the death of Michael Brown Jr, reinterpreting traditional music for a younger generation and the relationships between rural and urban communities.

Click below to hear the podcast from CloudwatcherUno featuring Willi Carlisle. Also streaming on Apple Podcasts, Spotify, Google Podcasts, Podcast Addict and wherever you listen to your podcasts.

Adam Larson & Co are both an individual and a band who tell tales of music from yesteryear with a new modern sensibility. Host CloudwatcherUno sits down with Adam to talk about his personal journey into music. We speak about his album ‘ Long Time Coming Home’ falling in love with his song ‘Ain’t Too Old to Still Die Young’ He is such an old soul in such a young body. He has such a warm resonant voice that connects in that space between your ears and a perfect example is shown in ‘These Colors Never Run’ which you get to listen to at the beginning of the podcast. This was released in 2017 and inspired by Sturgill Simpson and the alt country movement.

A lot of years as a solo artist meant that Adam had a variety of songs that were resting in his phone was the gem that is ‘Long Time Coming Home’ an almost a surf rock goth country sound. ‘Trigger’ is also an amazing song inspired from a conversation about a tree. About what that tree had seen written with his wife. Murder ballads are the songs that Adam likes to produce even though he is the most genuinely happy person you’ll ever meet. It’s the perfect audio accompaniment to a spaghetti western.

During this pandemic Adam has also produced the perfect song for this age called ‘Quarantine’ a perfect blend of comedic genius and homage to Willie Nelson’s ‘On The Road Again’. Go check it out on his Instagram page.

We get to listen to listen to the new single ‘Prairie Wind’ it’s a song deeply rooted in the tradition of Jerry Jeff Walker, John Prine and Johnny Cash a tradition of epic songwriters and storytellers. Adam is the latest in the line of these musical heroes and carries forward the torch of this dark, goth country and western music. For the future Adam and the band are working on new material and producing new songs and hopefully the wait for a new full band album will not be too long.

Click below to hear the podcast from CloudwatcherUno featuring Dan Whitaker. Also streaming on Apple Podcasts, Spotify, Google Podcasts, Podcast Addict and wherever you listen to your podcasts 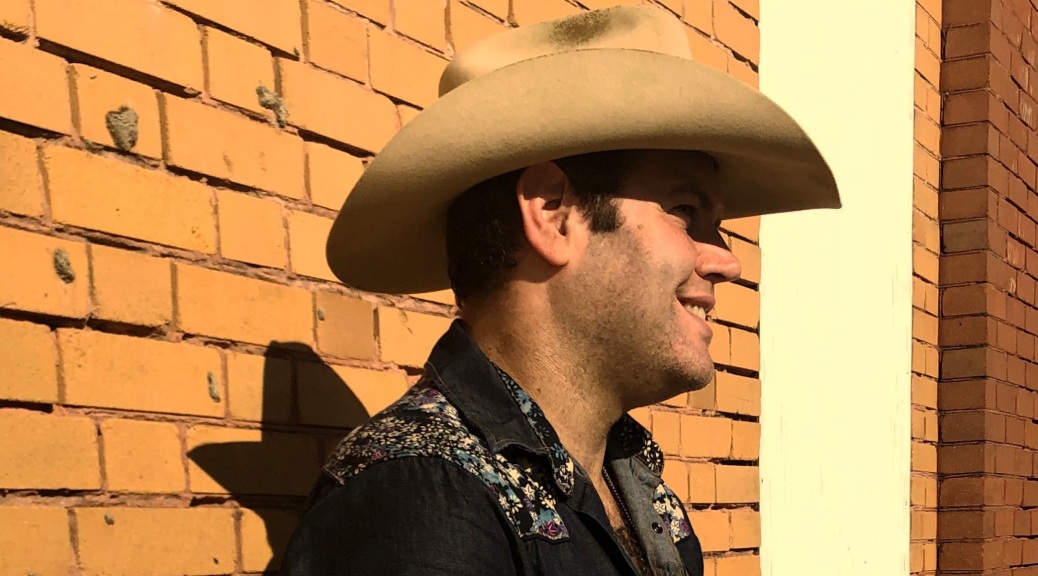 Chase Crawford is the real deal. 100 percent Country and Western, born in Nashville, raised in Alabama, Texas and all the parts in between. As the son of a travelling Pentecostal Preacher who lead tent revivals across the country Chase absorbed all the musical influences from Southern Gospel, Honky Tonk, Rhythm and Blues and Appalachian mountain music which you can hear right now in the EP “The Neon Lights Go on Forever” The album was finished in 2019 but released in 2020.

In this podcast we talk about the history of country music from pioneers like Deford Bailey to modern artists such as Mickey Guyton. And how modern country and western music could not exist without such artists and how instruments such as the banjo hailed from West Africa play such a key component of bluegrass music. When hillbilly music became mainstream it was then marketed as that or as a race record. Eventually many of these black artists became overshadowed or forgotten but their influence can be seen in the music that we listen to every day.

We get to hear two acoustic versions of songs from the new EP ‘Be Your Johnny Cash’ and ‘The Problem With Angels’ These two songs showcase the breadth and scope of Chase’s talents. ‘Be Your Johnny Cash’ is a love letter to his wife and he sang this to his bride on their wedding day, it features exceptional word play and is crafted like a carpenter may craft an item of furniture from a block of wood with love care and attention. ‘The Problem With Angels’ is a ballad of love and loss in a relationship and the struggle to keep love alive between two souls.

The whole EP comes fully formed with not one note, lyric, guitar riff, banjo twang out of place. It took minutes of inspiration, hours of hard work and years of dedication to produce a stunning album such as “The Neon Lights Go On Forever” So go show some support to an artist who truly deserves your love and attention.

Click down below to hear the podcast from CloudwatcherUno featuring Chase Crawford. Also available on Apple podcasts, Spotify, Google Podcasts and many other platforms.