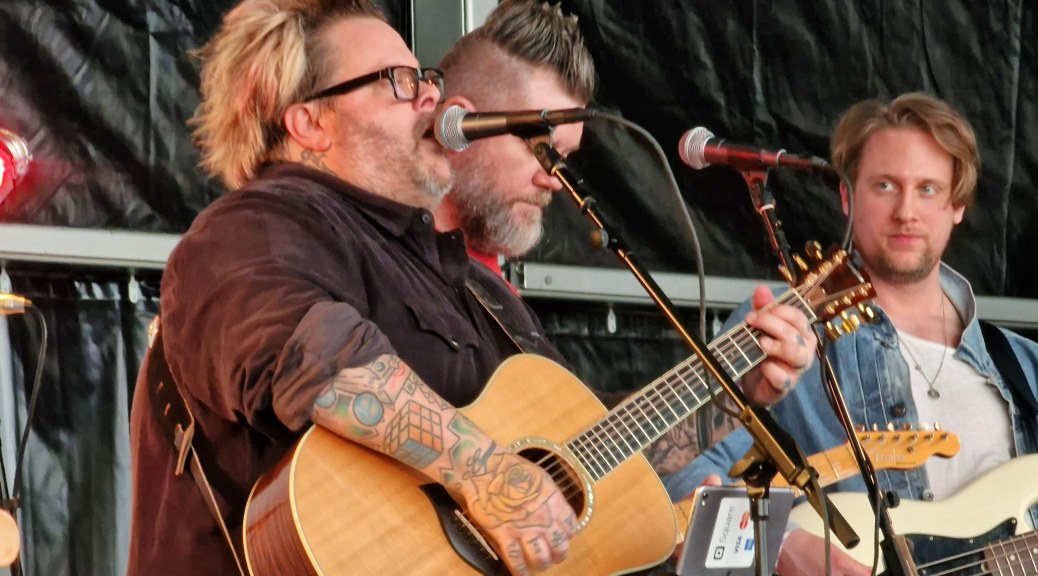 At C2C Festival in London 2022 CloudwatcherUno got an exclusive with Jaret Ray Riddick on his press tour to promote his new country album “Just Woke Up“. The frontman for the pop punk band “Bowling For Soup” Jaret was inspired during lockdown to explore his country roots after speaking with his friend Zac Maloy who also produced the album. The Texan is very familiar with the genre having listened to and grown up with the greats of country music such as Willie Nelson, Waylon Jennings, George Jones as a child.

Jaret was convinced that this is what he needed to produce so much so that he brought his band to play for the first time in Europe’s biggest country festival for the first time. For those who may have doubted whether this was a good idea , I for one can report that when Jaret went onto the Town Square Stage it was completely sold out.

We talk together in his hotel room in Greenwich, London and talk about album and how he wants to showcase red dirt country music, great lyrics and a story to grab fans hearts and minds. Jaret collaborated with artists such as Frank Turner who features on “Drunk As It Takes“. There’s also a cameo for Uncle Kracker on the album opener “Way More Country“, Descendents guitarist Stephen Egerton features on Natalie, and Cody Canada of The Departed appears on “You And Beer“.

We talk about the inspiration for his songs and in particular “Royal Family” which is based on his real life biological sisters tracking him down four years ago and Jaret connecting to a family he never knew he had. Going forward Jaret is looking to get established as a country singer as well as his more well established pop punk band.

Click below to hear the podcast from CloudwatcherUno featuring Jaret Ray Riddick. Also streaming on Apple Podcasts, Spotify, Google Podcasts, Podcast Addict or wherever you listen to your podcasts.