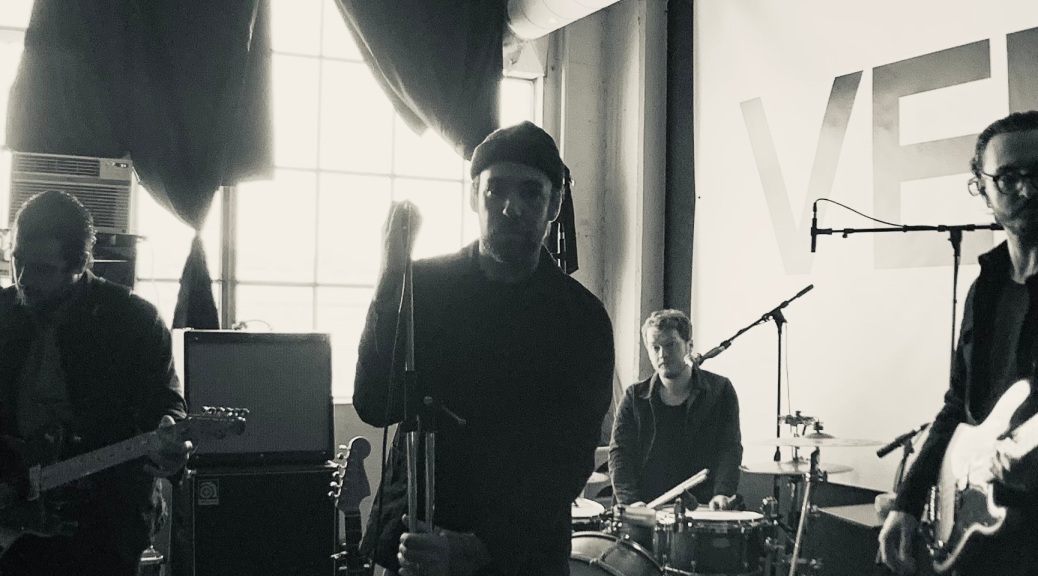 Veers are an Anglo – American band based in Los Angeles. They are a fully formed stadium sounding rock and roll band. Their music is dialled up past 11 and you will want to put to volume way way up on your speakers! The band met through high school and a pool party at Los Angeles. Chris was bar backing when Spencer came in and bemoaning the lack of a great drummer. The rest as they say is history and the current line up has been together for 2 years.

We get to listen to two tracks ‘Dials’ and ‘Universal Reversal’ which are off the new album that isn’t released yet. During the podcast CloudwatcherUno discusses with the band the benefits of drinking whiskey as a pre vocal warm up. The sound of Veers is aggressive rock and roll that projects the big rock sound that fills auditoriums with a life affirming way. Everyone brings their unique talents to the band which delivers a chunky jagged melodic sound.

Melody is a key to these heavy songs and that connects these musicians to their fans. Beat driven, harmonies abound throughout their music. Good tones are what will hook you into this band. Their music provides a smile on your face which in these pandemic times is a rare commodity.

You can find the influences of Nirvana, Cream and Pete Townsend in these artists. Its the camaraderie between the band that brings out the best in Veers music. It’s a loud heavy music connection that will make the cells in your body crackle with electricity.

You can catch the band with new live videos every Friday on YouTube which displays their pyrotechnic guitar playing, heavy drums and vocals to their best. Listening to their music will make you lift your body from this mortal realm and reach musical heaven.

Click down below to hear the podcast from CloudwatcherUno featuring Veers. Also streaming on Apple Podcasts, Spotify, Google Podcasts, Podcast Addict and many other platforms.